INTEL FILE: RUNAWAYS & Character Sheet
Check out the expansion that the Jump Rangers do not want you to see! What happens to the kids who stow aboard an alien spaceship and run away into the big, wide galaxy... without ever training to be a Jump Ranger? Not only does this book have the answers, it provides rules for creating your own antihero! From the Punk Rangers to the scavengers of the Saurian wastelands, from the criminal underworld of Dragon City to the scrap caverns of Planet Clearance, this is a sourcebook on the destiny and that awaits a runaway. 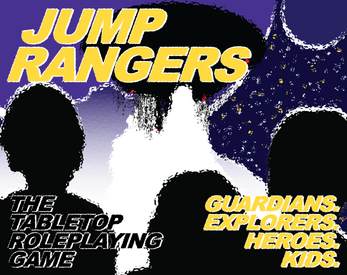